No visit to Bangkok is complete, without a visit to THE GRAND PALACE.
We took a self-guided tour by ferry, to visit this spectacular landmark, which was built in 1782. We arrived at the site by 09:30 am and by 10:30 am it was already extremely crowded as seen in this photo. 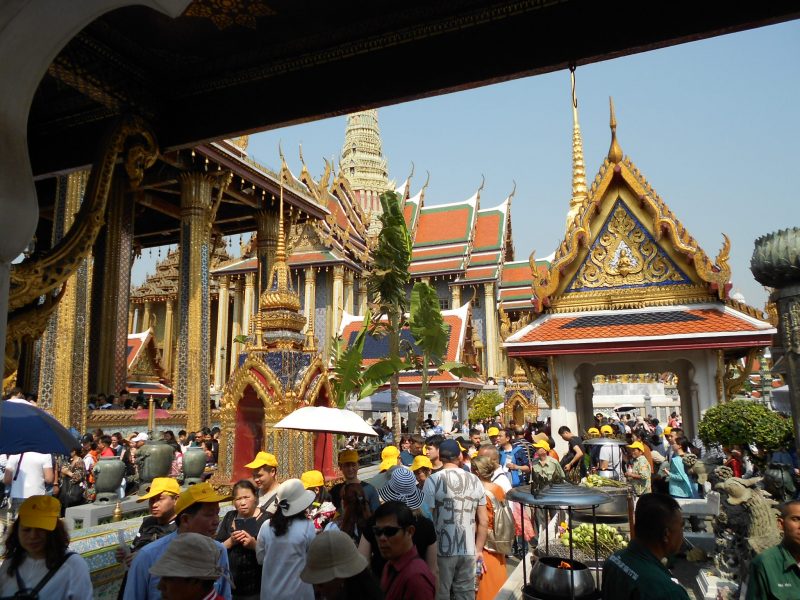 Phra Bussabok: Around the library are four small pillars surrounded by elephant statues. On the pillars are the emblems of all the kings in Bangkok period. 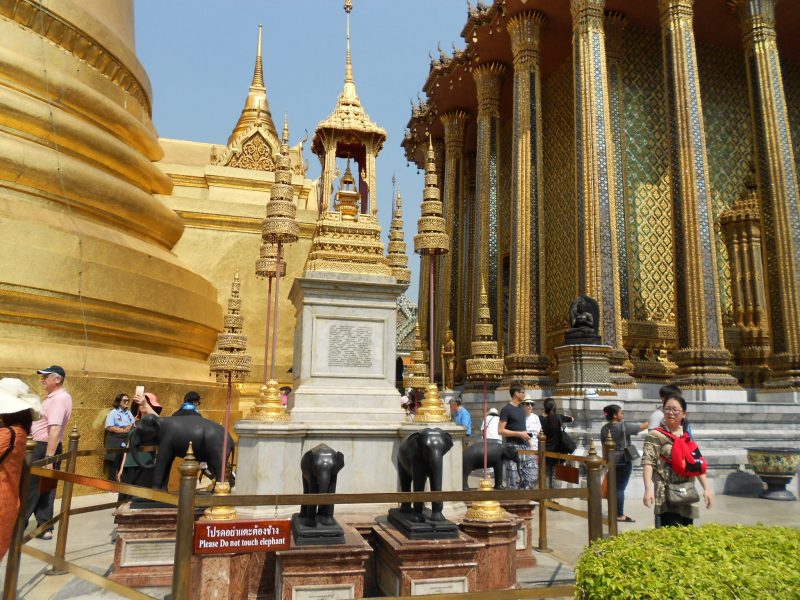 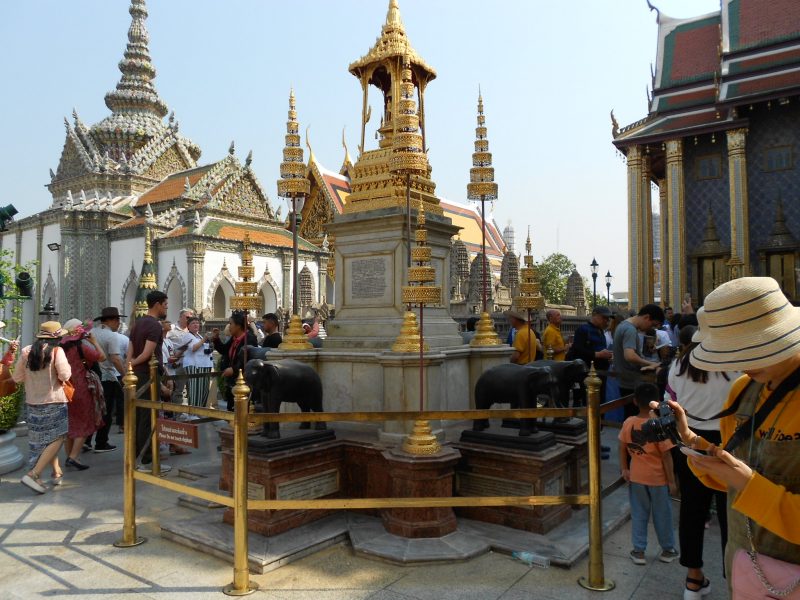 The Royal Panthenon: Built by King Rama IV in 1856 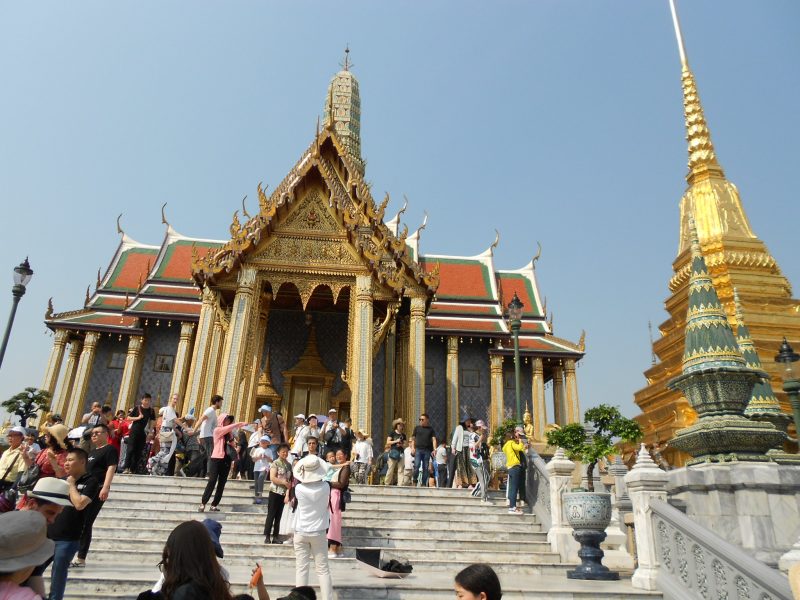 Phra Asadha Maha Chedi: There are eight of these towers standing on the east side of the temple. They were constructed during the reign of King Rama I. Each tower is dedicated to a certain Buddhist concept. 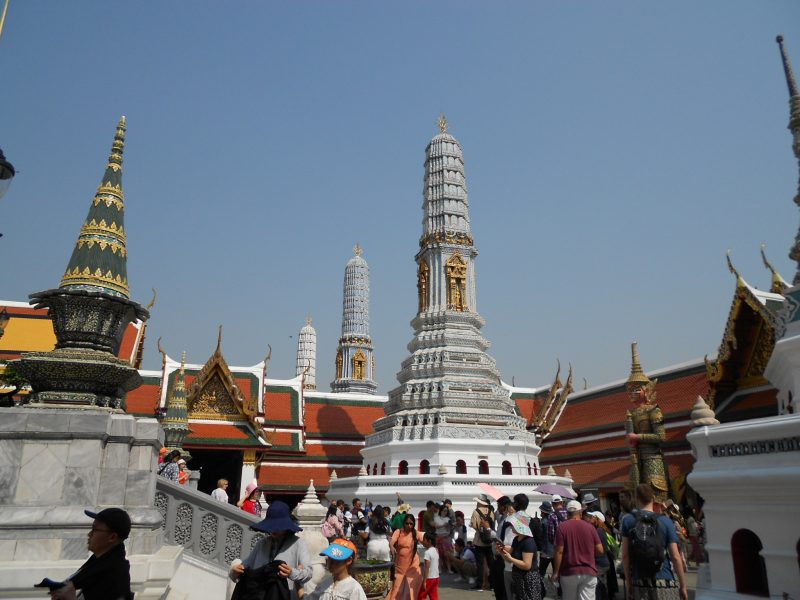 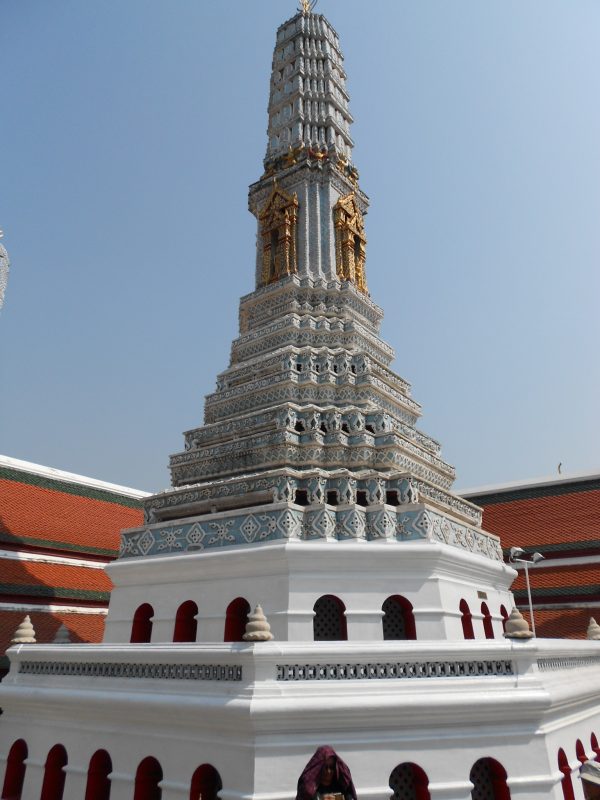 Phra Wihan Yod: It was built by King Rama III and used as the chapel of many Buddha images. The structure is in the form of the Thai crown and is decorated with porcelain mosiacs from China. 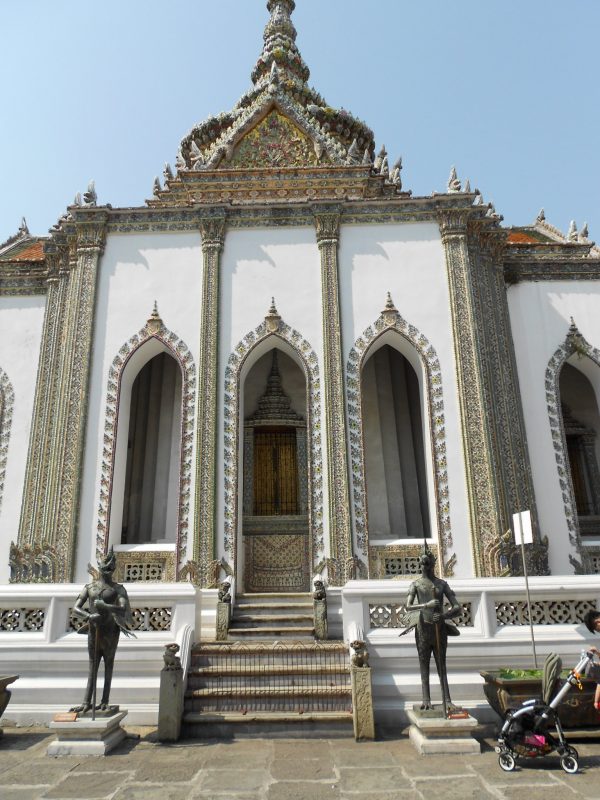 The Demon Guardians: There are six pillars of them, standing at the gate of the gallery. They are guarding The Emerald Buddha from evil spirits. The statues were built in the reign of King Rama III. 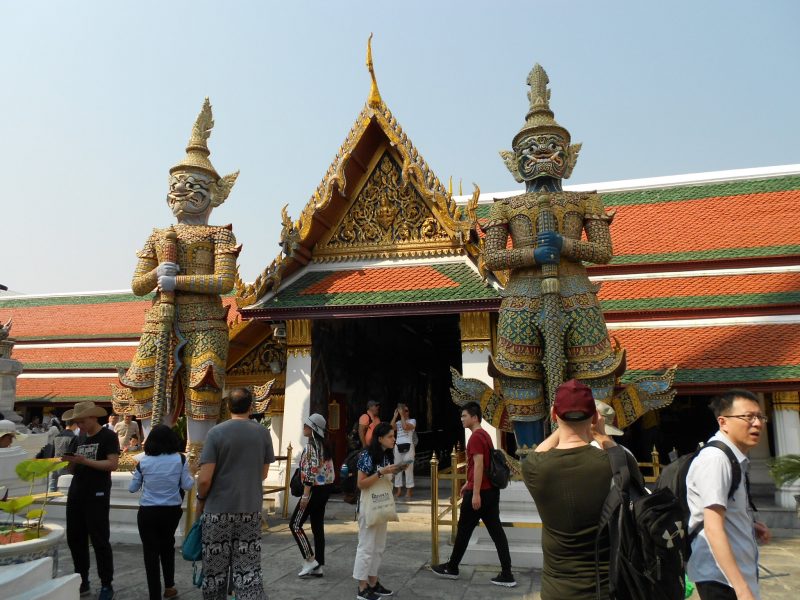 Phra Siratana Chedi: It was erected by King Rama IV in 1855. Relics of the Lord Buddha are enshrined inside this stupa. 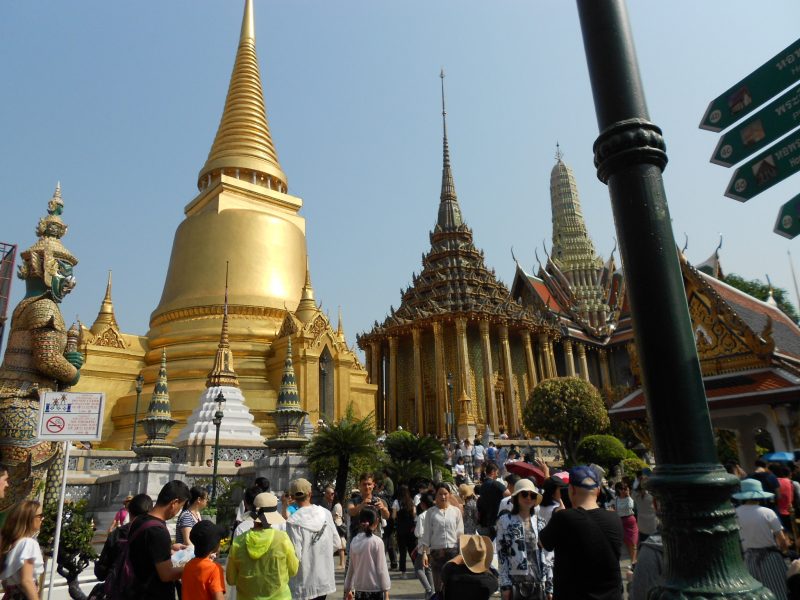 Some of the passage walls are painted with beautiful murals. 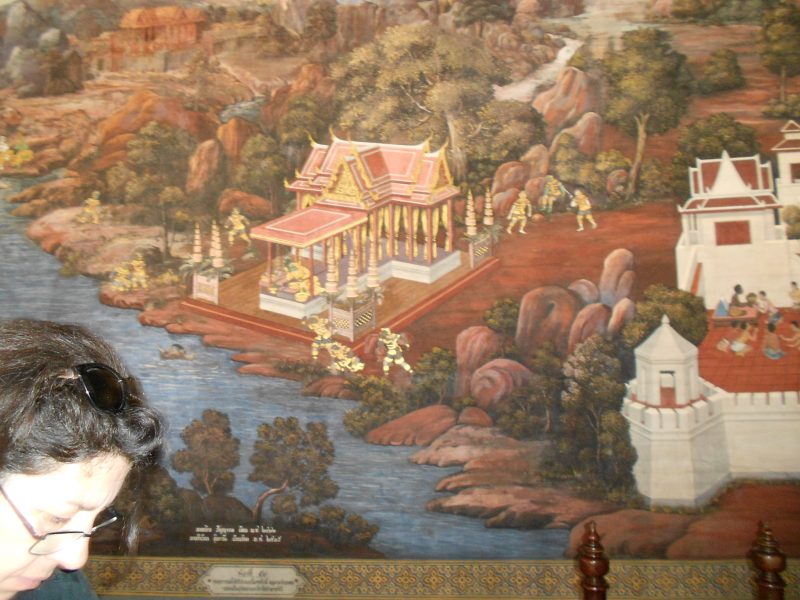 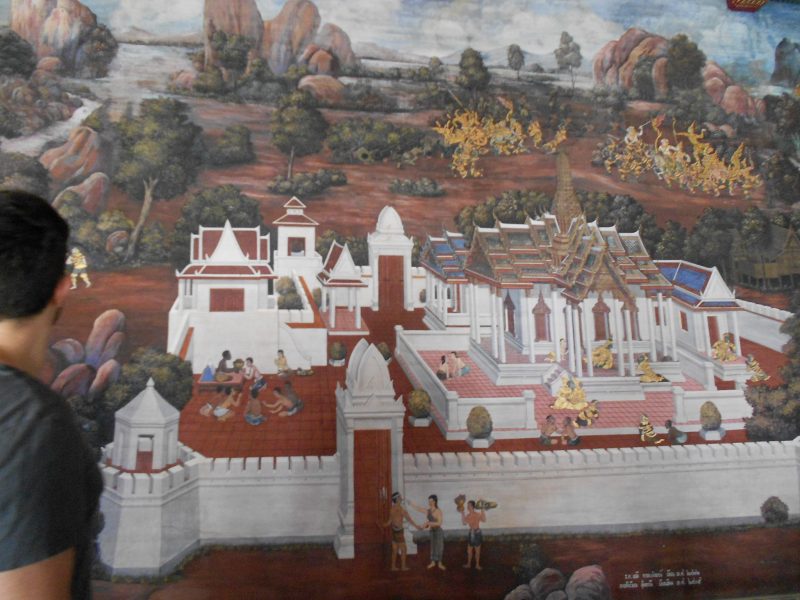 Royal Reception Halls: This building was once a royal residence built by King Rama V in 1877. These days it is used for ceremonial occasions like coronations and state banquets. 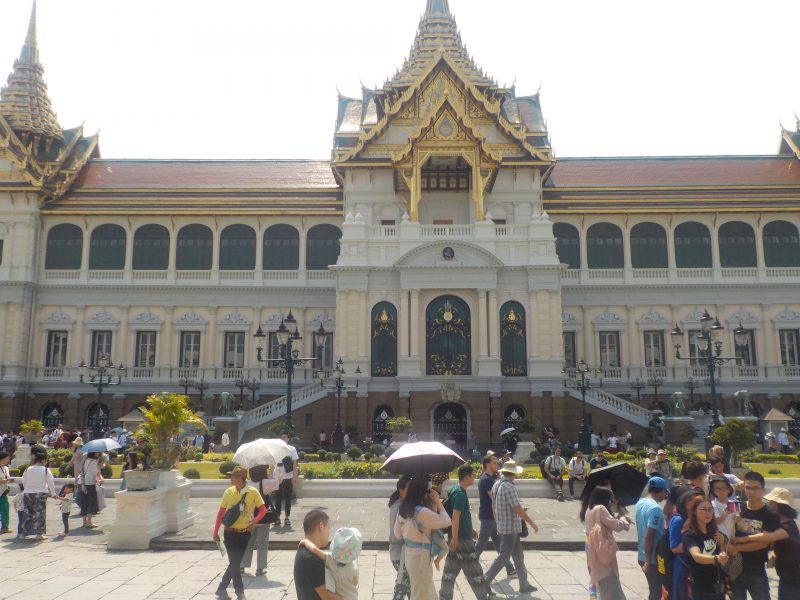 Have a great day further!

Disclaimer/Disclosure:
The owner of this blog may be compensated as a result of your actions originating from this blog. Some of the links to third party websites may be referral links, and as such the webmaster stands to earn a commission from any resulting purchase.

View all posts by Debby

Grab a copy of my book on Amazon: